We get reviews on local restaurants by people like you. Learn what people are saying and contribute.

On Thursday, May 19, 2016 I had dinner at the Del Rio Mexican Restaurant at 356 Fairfax Pike, east of Stephens City, Virginia, on Route 277. It is located in an older shopping center with a large Food Lion anchor store, which originally had a Marshallâs Department Store, still vacant.

A large concrete patio along the front of the restaurant has a black wrought iron fence, four metal tables and a metal bench, and was not occupied at that hour. The front entry has no vestibule, but opens into a small cross hall affording some protection against drafts. There are two rooms; the bar room is on your left, and the dining room on the right was my objective.

Seating here is by a couple of tables for two along the window in front, tables for four along the right and left walls, tables for two down the center, and a large table seating eight across the rear. This was the only occupied table, and had a mixed group quietly conducting a meeting.

The dining room is well lighted; the side walls are decorated with stylized pictures of Mexican scenes, instead of the original serapes, sombreros, and maracas remembered from my previous visit.

The floor has large, light-colored squares and the ceiling has dark acoustic tile. There was no TV screen, and the only music I heard seeped in from the bar area, along with typical bar conversational noises.

My server was Wendy, who immediately brought me the traditional corn chips and salsa while I looked over the menu. I chose from House Specialties, ordering Cochinita Pibil, marinated pork topped with green tomatillo sauce and cheese sauce, served with lettuce, guacamole, tomato, rice, refried beans, and a choice of corn or flour tortillas.

The order came quickly, before I was finished with the chips and salsa, and was served on a large oval heated platter. My three corn tortillas were folded and wrapped in heavy foil, and quite hot.

The food was very good, and the only reason I wouldnât order this on my next visit is that there are so many other choices to try. The serving was large enough that needed a go-box to take somewhat more than half of it home.

I had dined here more than five years ago, and found that it is now under new management. The dining room has recently been completely redecorated, and a new menu adopted with a wider range of selections and slightly higher prices. The Del Rio is very definitely on my list of keepers.

I surveyed the well-populated bar area as I was leaving. High rise tables and chairs are along the left and back walls, in the center, and up front. The bar itself is along the right wall with perhaps eight seats.

There are four TV screens; one each on the left and back wall, and two behind the bar. A wall-mounted electronic juke box on the left wall was playing and contributing to the rather high general noise level because of the number of people.

On Sunday, May 5, 2016, my daughter and I had lunch at the China House, 368 Fairfax Pike, east of Stephens City, Virginia, on Route 277. It is located next to Goodwill in an older shopping center with a large Food Lion anchor store.

The entrance has no vestibule, and opens into a single small room. Seating is via three booths along each side wall, with a couple of tables in the center. In the rear is a service counter with menus displayed on the back wall. A Coke machine is along the wall here to your right.

There are hanging lights over the counter and elsewhere around the room. A dark carpet was on the floor, and the ceiling tile was a light color. Front windows allow light from the outside. I heard no music, nor do I remember seeing a TV screen or Oriental decorations.

The menu was an 11x17-inch sheet printed on both sides. The categories were Appetizer, Soup, Chow Mein, Fried Rice, Lo Mein or Mei Fun, Egg Foo Young, and Pork.

We had Shrimp Toast from the Appetizer Menu, and we both ordered dinner from the Shrimp Menu. My daughter chose Shrimp with Lobster Sauce, and I had Shrimp with Cashew Nuts.

Each order came with a bowl of white rice. I ordered hot tea, and was pleased to have it served in a heated metal teapot. The tea leaves were loose in the pot, but settled to the bottom of the glass teacup.

Our table had a bottle of Kikkoman Soy Sauce with just a little residue on the bottom. The bottle on an adjacent table was in the same condition.

Soy sauce appeared to be among the unlabeled plastic tubes of condiments in a dish; I consider that an unsatisfactory arrangement; opening them can be messy.

Both of our servings had an adequate number of fairly large shrimp, and mine had a goodly number of cashews. The vegetables included baby corn, diced carrots and celery.

There were also pieces of what may have been tofu. The sauce appeared to be soy. It was good food, but so large a serving that I took more than half of it and all of the rice home.

I was turned off by the empty soy sauce bottles and the plastic tube method of dispensing condiments, but I did appreciate tea being served in a pot. The ladies’ restroom was out of order, and a sign directed users to the men’s.

We saw very little of our server, although we were the only patrons during most of our visit. I rate China House as merely OK, and am not likely to be back. It’s a little better but no worse than the typical shopping center Chinese restaurant. 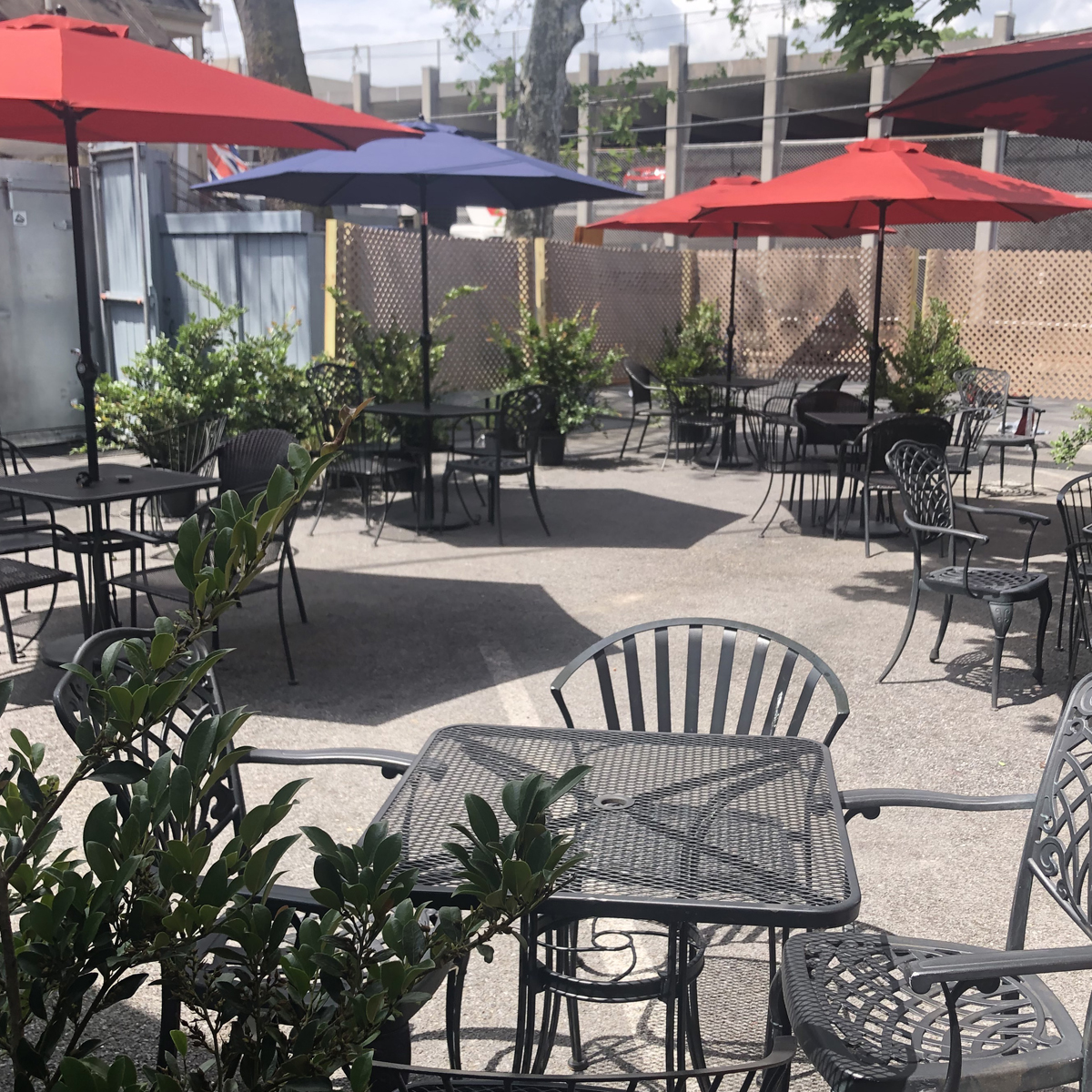 Save $25 at Village Square Restaurant 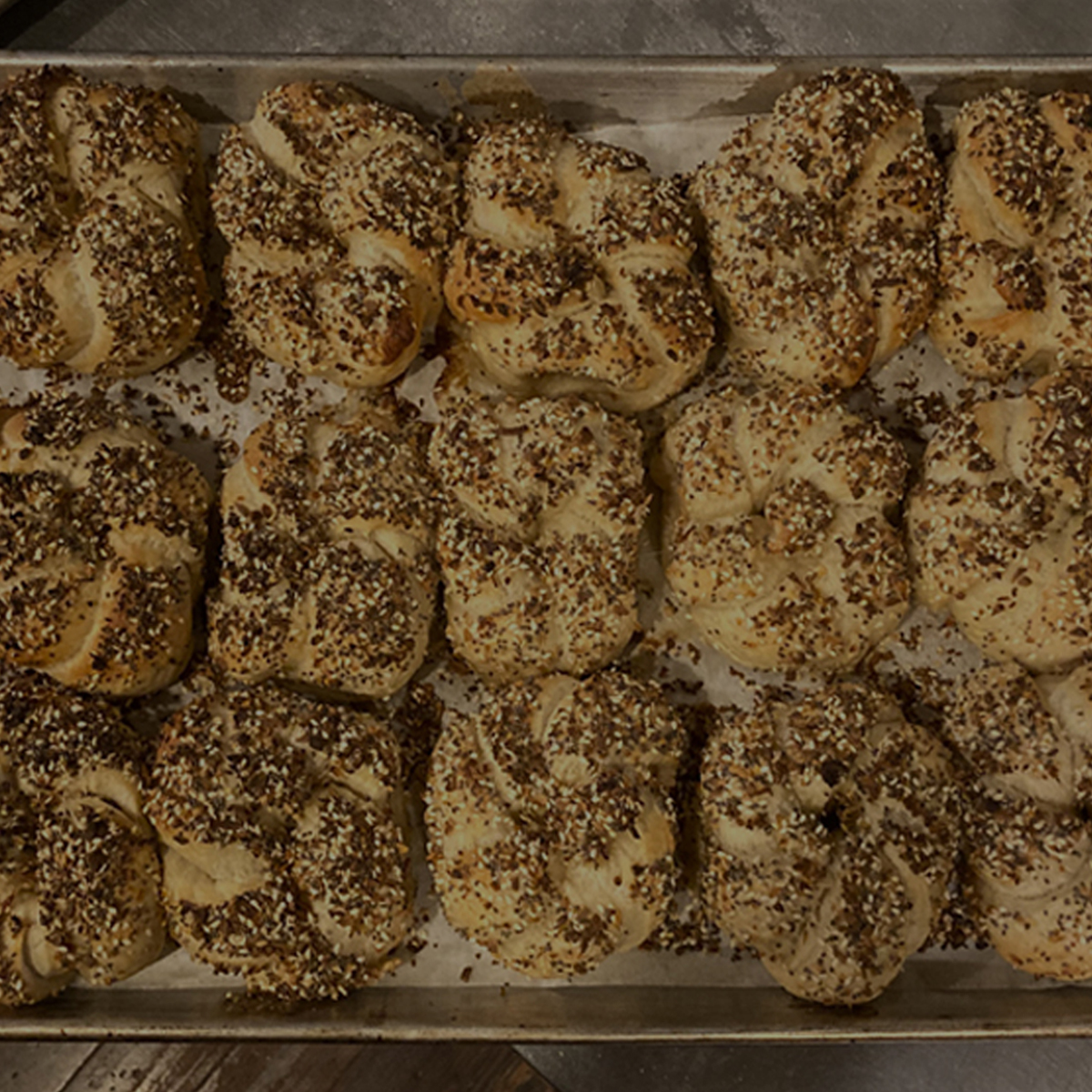 Food is always consistent, great service, friendly staff and atmosphere, this is our go-to restaurant in Stephens City. The gyros are delicious. — Anonymous Reviewer

I just ordered a pizza and a sub. The pizza reminded me of the Anthonys of old. I ordered a 12 inch sub. When I got home just for fun I measured it, it was NINE inches. When I called and said that my 12 inch sub was only NINE inches I got a duhhhh and I could make you another but I am not sure of the size of the bread. Great way to increase your profit margin! — Anonymous Reviewer

To Anthony's: A word of advice. Fix your dough. To me, it is bland and tasteless. Nothing like what you say that it is. Just trying to help. Paul — Anonymous Reviewer

It looked and smelled like a New York style pizza (I was born and raised in NJ and NY) but it was way oversalted, Maybe this is what passes for flavor in Winchester, but for us it's simply not good enough. — Anonymous Reviewer

On Thursday, May 31, 2012, I had lunch at the new Japanese Restaurant east of Stephens City called Sake Sushi & Hibachi Japanese Steak House. It's located at 201 Centre Drive, Suite 109, in the Sherando Town Centre at the intersection of Warrior Drive and Route 277, and is behind Walgreen's.

The entrance in the center of the front of the building opened into a single large room channeled into three sections by waist-high dividers. The two side sections have booths along their walls and tables next to the dividers.

The center section has two food preparation areas; the one in the back is the sushi bar, and the hibachi grill is a few feet in front of it. An island structure is in front of the hibachi, but merely holds decorative items.

The tables had white tablecloths; the lighting was subdued, and the background instrumental music, which did not appear to be Oriental, was not obtrusive. The first thing I noticed was that the place settings included chopsticks along with silverware.

At all of the other Oriental restaurants in this area you either have to ask for chopsticks or the server offers them to you; I like the Sake arrangement; it takes for granted that you are there because you like the food and know how to eat it.

The majority of the dishes were Japanese, mostly of the sushi variety. Although I have eaten sushi once, I do not like it and decided to choose from the lunch entrees, which are cooked items.

I ordered shrimp, selecting soup instead of a salad, with fried rice and vegetables, along with a pot of hot tea. The food was served on a large, round heavy ceramic platter, with about half of it occupied by the rice.

The mound of vegetables was topped with six medium shrimp. Some of the vegetable pieces were a little large for handling with chopsticks, but I managed. The rice was a little bland, and I found that a bit of soy sauce was helpful.

I have mixed feelings about Oriental eateries with so-called fusion cuisines. Basically, places with menus that offer Japanese, Chinese, Indian, and Thai may not do all of them well. I would think that a Japanese restaurant that also has Thai food would not be as good a place to order it as a Thai-only restaurant.

Sake Sushi and Hibachi is the only restaurant in the Sherando Town Centre. Based on this one visit, I would rate it several notches above merely OK, and would eat there again if I happened to be in the area for other reasons at lunch time. However, I would not make another trip all the way from home just to eat there; places that are equal or better are closer.

Pizza isnt very good, sauce is very very bland, hardly any cheese is on their pizza. All Anthonys must use the same sauce for their pizzas....all tastes the same and I have tried several in the area. Chef Salads which is a fav of mine, here at Anthonys what they call a chef salad isnt. — Anonymous Reviewer

Holla on the Tuesday night pizza! It was $4.99 for years and years and years. They just upped the price a dollar for 2012, but wow...they kept a good thing going for a long time and I'm waiting for mine to arrive right now! Pizza...that perfect food! — Anonymous Reviewer

I love their Tuesday pizza deal and I am always impressed with the courtesy of the staff. — Anonymous Reviewer

Ordered a six inch eggplant parm sub here on Saturday afternoon. The staff member who answered the phone was pleasant-and that is the only part of the experience that was good. The guy at the counter failed to acknowledge us and made no effort to say thank you or much else...........Good luck with this poor or should I say non-existent customer service with Romas opening down the street. Wont be back. — Anonymous Reviewer

I believe in supporting the locals and there is no reason not to here! This is the best place in town! The pizza is great, always fresh. They have fast service and great prices too. The steak and cheese subs cannot be beat! (Wings are good too) I will always be loyal to Anthony's, I love it! — Anonymous Reviewer

We love doing business with our local Anthony's. They have always been friendly and attentive. We often gather for family get togethers. We love the pizza, subs, pasta, you name it. — Anonymous Reviewer

I've never had a bad pizza from Anthony's! Thier pasta dishes are alright too. Wouldn't recommend their subs though, but if you're looking for a good pizza that isn't from your typical Domino's/Pizza Hut, this is the place to go in Winc. — Anonymous Reviewer