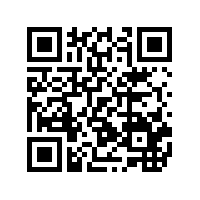 On Sunday, May 5, 2016, my daughter and I had lunch at the China House, 368 Fairfax Pike, east of Stephens City, Virginia, on Route 277. It is located next to Goodwill in an older shopping center with a large Food Lion anchor store.

The entrance has no vestibule, and opens into a single small room. Seating is via three booths along each side wall, with a couple of tables in the center. In the rear is a service counter with menus displayed on the back wall. A Coke machine is along the wall here to your right.

There are hanging lights over the counter and elsewhere around the room. A dark carpet was on the floor, and the ceiling tile was a light color. Front windows allow light from the outside. I heard no music, nor do I remember seeing a TV screen or Oriental decorations.

The menu was an 11x17-inch sheet printed on both sides. The categories were Appetizer, Soup, Chow Mein, Fried Rice, Lo Mein or Mei Fun, Egg Foo Young, and Pork.

We had Shrimp Toast from the Appetizer Menu, and we both ordered dinner from the Shrimp Menu. My daughter chose Shrimp with Lobster Sauce, and I had Shrimp with Cashew Nuts.

Each order came with a bowl of white rice. I ordered hot tea, and was pleased to have it served in a heated metal teapot. The tea leaves were loose in the pot, but settled to the bottom of the glass teacup.

Our table had a bottle of Kikkoman Soy Sauce with just a little residue on the bottom. The bottle on an adjacent table was in the same condition.

Soy sauce appeared to be among the unlabeled plastic tubes of condiments in a dish; I consider that an unsatisfactory arrangement; opening them can be messy.

Both of our servings had an adequate number of fairly large shrimp, and mine had a goodly number of cashews. The vegetables included baby corn, diced carrots and celery.

There were also pieces of what may have been tofu. The sauce appeared to be soy. It was good food, but so large a serving that I took more than half of it and all of the rice home.

I was turned off by the empty soy sauce bottles and the plastic tube method of dispensing condiments, but I did appreciate tea being served in a pot. The ladies’ restroom was out of order, and a sign directed users to the men’s.

We saw very little of our server, although we were the only patrons during most of our visit. I rate China House as merely OK, and am not likely to be back. It’s a little better but no worse than the typical shopping center Chinese restaurant.