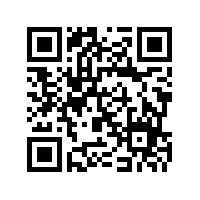 I went there for their first Brunch this past Sunday. The food was amazing. I had the French Toast and my friend had the full English Breakfast - great food, generous portions and very reasonably priced I would recommend Brunch here to anyone! — Anonymous Reviewer

Been to Union Jack's twice since living in Winchester. It's a poor excuse for a brit pub. They have a vast beer selection (+1 star) but the food is lackluster and less quality than what you'd find at typical pubs like Greene Turtle. The staff could improve. Do not sit outside unless you want to never see your waiter/waitress until the check comes. — Anonymous Reviewer

Sat outside this beautiful old building and ordered fish and chips with eager anticipation. My wife ordered the tikka masala with similar expectations. My Guinness was not poured properly and trying to get the attention of anyone seemed impossible. When our food arrived I was aghast. The batter of my fish was not crisp and my wife's food was only just warm. The lack of concern from staff and particularly the management of this establishment bordered on hostility! I should have read some reviews on this site before venturing to this "fake" British pub. British cuisine has always seemed an oxymoron and this "pub" is living up to that stereotype. — Anonymous Reviewer

Had a great business lunch yesterday at the pub. As always, the food and service was spot on. Best spot in Old Town for sure! — Anonymous Reviewer

On Saturday May 30, 2009, I had lunch on Winchester's Old Town Mall at the Union Jack Pub and Restaurant. This was up from Court Square, at 101 North Loudoun Street. It is Winchester's newest British pub, and fills the gap left when Coalie Harry's on Piccadilly Street closed some time back.

The 1878 building was originally constructed for the Union Bank, and is unique in having a cast iron facade. In 1977 the modernistic aluminum sheathing that had covered up the facade was removed as part of a restoration project. The associated remodeling into a restaurant business was delayed until 2008 for various reasons.

I ordered Bangers and Mash from the lunch menu. This was grilled British sausages, mashed potatoes, and brown gravy. Do you know why these sausages are called bangers? It's because they explode when they're cooked too long, unless the skin is pierced to relieve the pressure caused by the fat inside expanding from the heat.

My wife and I used to order Bangers and Mash at Coalie Harry's, Winchester's first English pub, on Piccadilly Street, when we used to eat there. It closed several years ago, some time after we stopped patronizing it because of the heavy cigarette smoke while other restaurants were offering nonsmoking venues.

The Union Jack's offerings included salads, appetizers, a lunch menu with sandwiches and entree, and a more elaborate dinner menu. The dining room is right off the street, with a high ceiling extending to the second floor. The pub area is in the back, and a stairway leads to an entertainment area upstairs. There were also sidewalk tables doing a good business.

My waitress's name was Jill, which certainly sounds British to me. The staff was dressed uniformly, with red blouses and black trousers or shorts; at least one girl wore a black miniskirt. I saw only a single male server. I welcome the addition of another ethnic eatery on the Old Town Mall; the food was good, and I'll be back to try some of the other menu items. I also plan to take out of town visitors there as my guests.

What a great place. Had a couple of real good beers on the patio. Our server she was awesome. Super friendly. We will be back for dinner. — Anonymous Reviewer

My husband and I stopped into the Union Jack yesterday and had a fabulous time. Jesse, who took care of us, was great! We ordered the Poached Pear Salad to start, and it was simple and wonderful. When my dip sandwich wasn't so brilliant, I was able to send it back without a bunch of hassle. I was able to order the Bangers and Mash, and the manager and the chef both apologized without too many excuses about the dip sandwich. The beer was great, and the dessert -- I had a French Toast Cupcake with maple icing and BACON on top -- was even better. We even had French pressed coffee. Go to the Union Jack for a good time and for some good food! — Anonymous Reviewer

Damn fine burger special today. Bleu Cheese and Mushroom. Always a good meal here, especially knowing that all products possible are purchased locally. The burger was top notch today. Look forward to my next meal with you all. — Anonymous Reviewer

My family and I were here on August 2. All I can say is "Wow" What great service. They were quite busy with one too many male server that seemed to be lost. The food was great. The buffalo chicken dip was cheesy delious although it could use a little more chicken. Over all what a great experince. So glad our server was on top of everything, I can't remember her name but it was different. We will be back soon. — Anonymous Reviewer

Best beer selection in town. Had the best lunch yesterday. I had the black and blue chicken salad and my husband had bangers and mash it was all very delicious. They were pretty busy yet our server was on top of everything even seemed to be helping tables that were not hers. We will be back. — Anonymous Reviewer