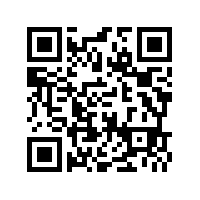 This place always feels so warm and friendly. Victoria and Greg are awesome. Greg can recommend the perfect coffee combination for the day. Vicky is warm and kind, and after talking with her for a short time, you feel like you have known her forever. She is very appreciated by the community at large and makes it her duty to give back. They love their customers. I have met wonderful people while sitting in the coffee shop. It is a community center/ cafe. Great Coffee, Awesome Ambiance and Amazing Customer Care! — Anonymous Reviewer

The coffee house staff is so nice. — Anonymous Reviewer

On Sunday, September 4, 2016, my daughter and I had lunch at The Hideaway Café, 200 North Braddock Street, in downtown Winchester, Virginia. It had opened earlier this year on March 20 in the lower level of the old post office building, across from Handley Library.

Turn to your left after entering the lobby; a calendar on the wall lists the monthly activity schedule for the Hideaway Café. Beyond that you will see the doorway for the Café on the lower level. As you come down the stairway you will note a miscellany of large black and white photos on the wall next to you. Here the floor is either marble or an imitation.

The main dining area near a counter in the back has a tiled floor and a black ceiling with exposed beams. Seating is by white wooden tables and chairs along the back wall, which has several fake windows.

Other tables are elsewhere in this area. An adjoining space has an imitation wood floor at a slight level above the other room. Here is casual seating with a sofa, easy chairs, tables, and an old upright piano in the corner.

There is no printed menu; the offerings of mostly beverages including tea, coffee, and espresso are displayed on a blackboard on the wall behind the counter where you place your order.

There are daily chef’s specials; those for today were buffalo chicken burrito, crab cake sandwich, roast beef wrap, and southwestern chicken salad. Other items are also available, such as a variety of bottled beverages.

My daughter and I both ordered the same; a crab cake sandwich and a kale and quinoa salad with pumpkin seeds, cranberries and pear vinaigrette, along with bottled beverages.

The crab cake in the sandwich was cold, which was made with a white bread that was sweet, and may have had been made with honey. It was the first time I had a salad that had kale as the greens, and it was good; I’d order it again.

There are gentlemen’s and ladies’ rest rooms under the stairway. That area has a sign with a message saying that, consistent with our safe space policy, gender diversity is welcome and respected here; all are welcome to use the rest room that best fits your identity.

The Hideaway presents music programs on Saturdays from time to time. The EVENTS link on the Web page displays a calendar of activities for the current month. The maximum occupancy is 150 persons.

You should watch your step as you navigate between the several areas because there are slight differences between the floor levels that may cause problems for handicapped patrons.

At one time restaurateur George Sempeles operated an upscale dining establishment at this location, and called it the Old Post Office Restaurant. My wife and I enjoyed eating there for such special occasions as celebrating a birthday or an anniversary. It closed around 1997, or perhaps the previous year.