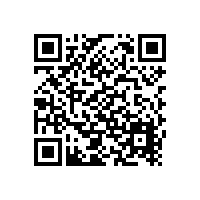 Great restaurant, the wait staff do a great job, and food is always good. With COVID, they have really stepped up their cleaning and I feel safe eating here. — Anonymous Reviewer

Ever since the Texas Roadhouse, a new steakhouse, opened on November 12, 2012, I have wanted to try it out. It doesn't open until 4:00 PM on weekdays, and at 11:00 AM on Friday and Saturday. It's located north of Winchester in the Rutherford Crossing Shopping Center on Route 11 North, at 113 Market Street.

My daughter and I arrived there at 5:30 PM and were seated immediately, although the place was already fairly busy. Our table had two small galvanized buckets with a layer of peanuts in the bottom waiting for us to shell and snack on. Our waitress was a young woman named Jess, who was quite helpful.

There were two menus; one was quite detailed, and the other offered a choice of eleven Early Dine Specials from Monday through-Thursday until 6:00 PM for only $8.99. I decided on a six-ounce sirloin, medium well, with sautéed mushrooms. Sides were a cup of chili and a house salad with blue cheese.

The chili was served first. It was good, but not with too high a degree of heat. The salad was huge, and after a few nibbles I decided not to eat it, but to take it home for the fridge. The steak was quite tender, and the serving of mushrooms was very generous. My daughter was also pleased with her selection.

The Texas Roadhouse is a large place. Most of the seating is in booths, but it had a few tables here and there for larger groups. If there were private rooms, I didn't note them. Plain wood, varnished, was used throughout. . A large, U-shaped bar was in the back. The rest room alcove was marked by a large sign reading OUTHOUSE.

I should have mentioned that a glass case near the entrance displays a tantalizing display of raw steaks. A chart next to it shows a side view of the body a steer, marked with the locations where the various cuts come from. The only complaint I have about the Roadhouse is the high noise level, making to difficult to hear the waitress and to be heard. This is also a problem I have with the Cracker Barrel on Route 522 South. Nevertheless, I consider this place as a keeper.

The entire staff is extremely friendly and welcoming! We prefer to go in on weekdays, it's not as busy as Friday and Saturday. We love the margaritas, great food and our favorite server, Rachel R. Great job, Texas Roadhouse. Keep up the good work! — Anonymous Reviewer

Really enjoyed my 3rd visit to Texas Roadhouse on Friday night. Got there just before 5PM and my family of 5 was seated promptly. I had the 20 oz bone in steak, cooked medium rare. It was absolutely delicious! Our server made several trips to our take to check in and get our refills. Hats off to her for the excellent service! — Anonymous Reviewer

We had our third experience at Texas Roadhouse last night, for a birthday dinner with a friend. We used the call-ahead seating option, and it was a good thing we did. Crowded, very noisey, but efficient service and good food, as usual. Our waitress was a sweet girl, everything came out as ordered, steaks cooked just right, and the salads were good. Rolls and butter excellent, as always. We will continue to go there, but will use call-ahead seating or be there at 4pm when the doors open. With the crowds at Winchester steak houses, it appears we need more of them. ;) — Anonymous Reviewer

Large crowd on Friday night and had to wait an hour to be seated. While waiting, I purchased a 22oz beer for just $3.00 (it was still happy hour). When seated, I ordered the loaded cheese fries that the waitress recommended. These were good, not great as advertised. For my meal, I had the full rack of ribs. The menu says the ribs are "fall of the bone good." I'll agree with the fall of the bone part but the flavor was average at best. I had to ask for a side of bbq sauce because they were actually a little dry. My disappointment was that I had a hard time deciding between the ribs and the prime rib. I went with the ribs based on the waitresses recommendation. Maybe next time I'll try the prime rib? — Anonymous Reviewer

Since leaving the first review on here I have been back four times. All of them great. Asked a waitress tonight what she liked and she pointed out the ribeye and ribs combo. It was fantastic. What impressed me the most though was that as I was leaving, seated near the bar close to the door, five employees came to me and said have a great evening on my way out. Usually you get that kind of greeting when entering somewhere. Good job Texas!!! Keep it up. — Anonymous Reviewer

For our work holiday party, we went to Texas Roadhouse on Thursday. We had reservations for 14 at 4:30. Tables accommodations were made for our large group. A lot of reviews have complained about the noise or how loud this restaurant is....keep in mind this is a Roadhouse. Yes, the servers go around dancing and singing about every 30 minutes and loud birthday announcements are made; however, this is all part of the atmosphere. It's actually a fun experience! Even with our large party, our food and drinks were ordered and delivered fairly quickly. This is mainly due to the 3 servers that assisted our party. My 23oz porterhouse steak was absolutely delicious and all by itself would easily rate a 5 star review. The only reason I had to leave my rating at 3 stars was because one of our party members ordered the Dallas filet cooked medium well and it came out as medium rare. She had to send it back and instead of cooking a new steak, they recooked the steak. That was kind of gross and a discount wasn't even offered. The server even said that he could have asked for a new steak to be cooked but it would take too long. Hmmm makes me wonder if he was more interested in fast food service over the quality of the food. — Anonymous Reviewer

We went around 5:30 on Tuesday evening, thinking that it shouldn't be crowded that early and that early in the week. WRONG!! The place was BUSY BUSY!! We didn't have to wait for a table, however, and that was EXCELLENT. Also, we discovered that they have 10 menu items for $7.99 each if you order before 6:00 so that was EXCELLENT, too! I order the 6 oz. sirloin, medium, and I GOT a 6 oz sirloin, cooked perfectly! WOW. The only 'BAD' thing was the incredibly loud NOISE!! I don't know how those servers can hear their customers!! You had to practically YELL to talk to your dinner companion! We'll go back after a few weeks when perhaps the crowds will have died down somewhat and it'll be a bit less noisy! — Anonymous Reviewer

We had our first meal there Friday night. We got there early, luckily, because the place is always crowded. We felt a bit pressured to buy one of the expensive steaks in the front case before we were seated, but we chose to look at the menu first. Great service, noisy atmosphere but fun. The pulled pork dinner is generous, although just average bbq, nothing exciting but I would have it again. Hubby's 10 oz rib eye was ordered med rare but wasn't pink inside. Steak fries were a little over-seasoned. Good rolls with cinnamon butter. All in all a very good experience, and we will return, because we don't have to drive into Winchester to get a steak now. — Anonymous Reviewer

Got hooked on the "Roadhouse" in Colorado a couple years ago. Made the trip once since then to H'town MD to get my fix. When I learned they were coming to Winchester I could not have been more happier. Tonight proved why. Open for only a few days and these people have it going on. Busy? Yes they were. Food was great and service was top notch. Sat down at the bar, to avoid the wait, and was greeted with a handshake and introduction from Amanda and asking my name to personalize it. You do not get that kind of treatment in most places. I always look around and "people watch" when I'm out and the most important thing that impressed me was the smiles on the faces of the employees. Every one that I saw. The backs of their shirts say I "heart" my job. All I saw was proof of that. Great job. — Anonymous Reviewer