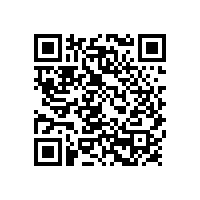 A few years ago this was one of the best Chinese restaurants in winchester. Once the current owner fully took over, it completely fell apart. Staff is unprofessional and appears there is always drama. Food is entirely hit or miss. We give this place multiple chances, but there is always something wrong with the order, items missing on take out, or some poor excuse as to why something is wrong. Can't believe Mimosa is still in business. — Anonymous Reviewer

A divider between the bar area and the dining room is topped with a series of large lighted aquariums, visible from both sides. It has high-rise tables and chairs next to it on the bar side, and other tables are also here.

The dining room has four booths along its side of the divider with the aquariums. A sushi bar in the back is equipped with five chairs, and tables are located around the floor.

The front of the room and the left side have floor to ceiling windows, giving the room a light and airy appearance. A door on the right opens out onto an enclosed concrete patio with black iron furniture with umbrellas over the tables.

Decorations include two statues of Chinese soldiers and Oriental art here and there on the walls. The floor covering is large tan vinyl squares, and the open ceiling exposes the roof superstructure, which is black. Lighting is by strings of small cylindrical lamps hanging down from the ceiling. Unobtrusive music can be heard.

My daughter ordered Seasoned Pork Dumplings from the Appetizer Menu, and Coconut Shrimp Tempura from the Fusion Dishes Menu. This was Batter-fried Shrimp and Fried Banana, with Coconut Milk.

I chose Honey-Ginger Glazed Shrimp from the Traditional Dishes Menu with Fried Rice. The serving sizes were generous, and we each asked for a go-box for leftovers. The Mimosa is on my keeper list.

My daughter and I were the only dining room patrons during our entire stay, but there were two customers in the bar area. This shopping center actually has four restaurants; the other three are Subway at 210 Grocery Avenue, Castiglia's next door at 212 Grocery Avenue, and McDonald's at 222 Grocery Avenue.

Unfortunately Mimosa is no longer as good as they use to be - I had ordered to go Kung Pao Chicken with extra peanuts and sushi - It use to be packed full of chicken now I was lucky to get half the amount of chicken I use to and if they had actually added extra peanuts I couldn't tell - very disappointing. — Anonymous Reviewer