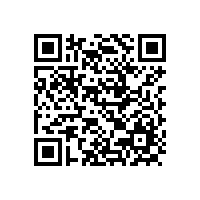 We were going to have breakfast at the diner. We have heard great things. My daughter is an amputee with a mobility support service dog. We were met with hostility and an argumentative attitude requiring us to provide her service dogs "papers". Legitimate service dogs do not have papers. We tried to explain this to only have a reply "my boss said I needed to see papers". https://www.ada.gov/service_animals_2010.htm - Service dogs do to have papers and if they do they are usually fake. After a lengthy argument she agreed to let us stay. At that point we were too upset to eat there. Please educate yourselves on the laws before you make illegal requirements. — Anonymous Reviewer

This restaurant was my husband's favorite place to eat while suffering with cancer. He had the same breakfast meal every Saturday. The food is delicious and the owner and staff have become family. They have always been beyond courteous and friendly. My husband has passed but I am so glad this restaurant hasn't, with the same great food and staff that I still go to for a great meal and service! — Anonymous Reviewer

Food and service was good. Just passing through the area — Anonymous Reviewer

My wife and I stopped by on Wednesday for lunch. We were told we would have to wait for a seat. We waited outside on the chairs provided. We sat that for about ten minutes and another couple had arrived. They walked right in and were seated right way in a booth. The server looked outside at us like oh well it wasn't her problem. It is very rude and unprofessional when guests are waiting to seat other people before them. Then to add insult to injury you can't even come outside and apologize about the error. You just look out at us and look the other way. This is unacceptable. We left and went somewhere else. I hope in the future guests are made a priority. — Ken

Food is typical diner food and is fine. I think they should update the menu - a patty melt, a Reuben, and a few better dinners would be good additions. Not sure if business is bad - because now they close at 2:00 on Saturdays...not a very good business idea. — Anonymous Reviewer

The original outdoor signs were retained, with the word AMHERST blocked out. Entry is through a vestibule, with a step up into the restaurant, and is not wheel-chair friendly. The cashier/receptionist`s stand is just inside the door, on your right, and seating is in booths along the side and front walls.

An L-shaped counter with regular diner`s stools is against the wall, and a small room in the back offers additional seating. This was the original floor plan for the Amherst Diner, and the only change in the interior was new decorations on the walls and the place was cleaner. No one was eating at the counter, and only two booths were in use.

My server was Alice, who told me that the diner had opened on November 17. Also, Lynette was the Lynette who once operated the Triangle Diner at 27 West Gerrard Street for four years. The menu had three pages, and there are daily Lunch and Dinner Specials.

I wanted a light lunch and ordered the pork barbecue sandwich and a soft drink. Alice told me that she used to work at the Amherst Diner. She said that she was one of four people who left the Backseat Bar and Grill off Route 11 North to work again at this location. This was the reason that the Backseat had been advertising in the newspaper for servers.

My barbecue sandwich was served on a rather thin hamburger roll, which soon became soggy. The roll would have been all right for a hamburger, but barbecue calls for a thicker roll. Several spots on the pork were hard from being scorched. The sandwich came with potato chips, and I was entitled to cole slaw but turned it down. I was a little disappointed in the sandwich; it definitely could have been better; however, the service was good.

I was pleased to find a restaurant open again at this location; it's a convenient place to eat after a visit to the Winchester Medical Center or Omps Funeral Home further out Amherst Street, and is just around the corner from Selma Medical Associates. I`ll try Lynette & Jerri`s again next year to see how it finally shapes up.