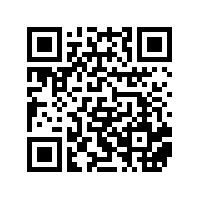 On Sunday, October 5, 2014, my daughter and I had lunch at Los Toltecos, the Mexican restaurant in Delco Plaza at 1046 Millwood Pike, on Route 50 east of Winchester. It is most readily accessed via Delco Plaza's entrance at the traffic light on Route 50.

The restaurant is on your right as you drive into the shopping center. Turn right at the first stop sign, and you'll be in front of the building, where parking is available.

Entry is through a front vestibule. A bench for waiting is to your right, along the front, with the receptionist/cashier's station nearby. The interior is partitioned into several rooms, separated by dividers. Seating is by booths along outside walls and either side of the center partition, and tables elsewhere.

A large room on the right has booths and tables, along with a bar along the right wall, with a dozen high-rise chairs for thirsty patrons, and several TV screens.

A hallway to the right of the bar leads to restrooms in the front, and goes past a private room with two long tables seating fourteen people each, plus a couple of small tables.

Al fresco dining is now available by a new concrete patio with an iron fence accessible from a door in the back. It is right next to Route 50, with its attendant traffic noise. Outside seating is at about a dozen metal tables with large umbrellas.

We were immediately served salsa and a bowl of warm chips. My daughter ordered a non-alcoholic beer, and I asked for a Mexican Coke, which is made with sugar instead of high-fructose corn syrup. They didn't have that, and I settled instead for a lime-lemon Jarritos brand Mexican soft drink, made with sugar.

I decided on a Burrito Cancun, which came on a warmed square platter. It consisted of a large burrito stuffed with grilled chicken and minced chorizo, topped with melted American cheese and Pico de Gallo, accompanied by rice and refried beans.

My wife and I had first dined at Los Toltecos in 2005, the year it took over the location from Chason's Country Buffet and remodeled extensively. This address may also have been a Ponderosa Restaurant when we moved to Winchester in the summer of 1982.

The restaurant's name comes from the Toltec Empire, which flourished in Mexico and eventually collapsed, all well before the discovery of the New World by Europeans.

Los Toltecos is a chain of restaurants in Virginia at Alexandria, Ashburn, Fairfax, Lakeridge, and Sterling, along with one in Frederick, Maryland. Their Web page with menus is at www.lostoltecosrestaurant.com.

My family of four went to Los Toltecos on Sunday, May 4, 2014 for dinner. The place is quite large and spacious, which I couldn't help but notice because it was nearly empty, especially for a weekend evening. I saw one family of four in a booth and two guys watching sports at the bar. Our waiter was friendly and attentive, but that's where the good ends. My wife and I ordered sampler-type dishes while our two daughters ordered fajita salads, one chicken one beef. To our surprise, the food came out literally a few minutes after the waiter took our order--a bad sign. The fajita salads were just okay, but a bit small for the price. Our sampler dishes were ridiculous, pathetic. My quesadilla was about the diameter of a baseball. The refried beans were tasteless, from a can, and thinned with water. The rice was tasteless. The burrito and enchiladas were nearly tasteless. But then the real damage came. I was charged $63 (with 15% tip)! Leaving there, I felt terrible at having wasted that much money on what amounted to mere belly filler. Totally uninspired and uninspiring. We'll stick with Camino Real or Ranchero, and never return to this place. Thinking about the food and what we paid still makes me sick. — Anonymous Reviewer

My husband and I had lunch here on Monday. The last time we were there, it was pretty disappointing. The food was so-so and the kids' karaoke was pretty bad! We saw that they were under new management and gave it another go. We were both so glad we did! Our waiter was super friendly and efficient, the food was awesome, and our margaritas were GREAT- strong and with real lime juice, just like I like 'em. I had chicken chimichanga lunch special, husband had Carne Asada. He had a ton of meat, all of it really well seasoned and tender. My food was great, but I will be back for the margaritas! — Anonymous Reviewer

The food is great!!! But its bad service. I have gone there 3 times in the last 6 months. Twice I dined their with no silver where. Had to ask for them after our food was served. The last time I joined my family for lunch their. The server mixed up our food with another table and my plate was not at all what I had ordered. like I said good food, bad service. — Anonymous Reviewer

Los Toltecos was suppose to have a New Years Eve party, but at 3pm on NYE they posted on their Facebook that it had been cancelled. On an extremely busy night like this it was very hard to find another reservation. This is horrible business and they lost a customer forever! — Anonymous Reviewer

I eat at Los Toltecos frequently. No matter what time or what day, the food is always great and the prices are good for the amount of food you get (you will not leave hungry!). The management and staff are always so friendly and accommodating! Great place for families to dine ( very kid friendly). They have a variety of live music entertainment and comedy night (that will have you laughing til you cry!). There's a patio so you can enjoy lunch in the sun or sip awesome margaritas on a warm summer evening with friends. — Anonymous Reviewer

We love Los Tolecos! Our family goes there on somewhat of a regular basis. The food is great, the servers are friendly, and are attentive to our 2 young children. We usually go on a Friday night because they have Kareoke and my children love to dance while the music plays. By the time we get home they are wiped out, and mommy and daddy got to have a couple drinks and enjoy the evening as well!!! All in all, a great family restaurant! — Anonymous Reviewer

I had a great time at this place. The food was really good, service was great, the atmosphere was upbeat. The margaritas were good too. I can't wait to go back. — Anonymous Reviewer

Don't go! The food is not good. The service may be fast but that is because the food is pre-made and just sitting around all day waiting for some sucker to order it. It doesn't have much flavor and is quite bland. Not worth the money, in my opinion. — Anonymous Reviewer