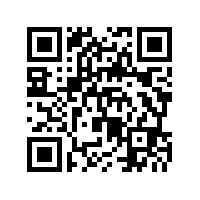 Have eaten there twice at the recommendation of my neighbors. Very nice inside and wonderful staff. The food was excellent. I would recommend this to anyone who like Chinese food. Give it a try you won't be disappointed. — Anonymous Reviewer

I stopped in at lunch time today for take out. The staff was very friendly and the place looked clean. The food was hot even after I got it home. The portion size was large and the food quality was excellent. I will go back again. — Anonymous Reviewer

On Thursday, February 6, 2014, I had lunch at the Jin Zhou Garden Chinese Restaurant east of Winchester at 1848 Berryville Pike, which is Route 7. It's located in a strip business center just before the traffic light at Blossom Drive, on your right if you are proceeding toward Berryville.

Jin Zhou's is at the far end of the strip, next to Jill's Barber Shop. It, in turn, is next to Cash for Gold Trading. The next space is vacant, and the tenant at the other end is Top Nails.

It occupies two modules of the building, with a single entrance door into an enclosed vestibule. This has separate inside doors to two connected dining areas.

The larger area is on the right as you enter and has a number of tables with seating for four and a couple for two. The tables along the right wall face a long, padded bench, and the rest rooms are in the back of this area.

The smaller dining area has a counter in the back and the kitchen in the rear. It has two tables for four and a large round table seating eight. A cashier's station is in front of the back of the vestibule, between the two areas.

There was a minimum of the decorations usually found in Oriental restaurants. My dining area had a large flat-screen TV display on the rear wall, showing what appeared to be an American film with closed captioning in Chinese characters.

The menu was printed on both sides of a laminated 8.5x11-inch sheet, and included pictures of some of the selections. The main headings were Appetizers, Soup, Fried Rice, Chow Mein, Lo Mein, Mei Fun, Chop Suey, Egg Foo Young, Moo Shu, Sweet and Sour, Vegetables, Beef, Pork, Poultry, Seafood, a Health Food Selection whose dishes were steamed, and Chef's Special.

Noodle Soup Specialties included Cantonese Roast Pork, Seafood, and East Noodle Soup; each of these had a choice of Egg Noodle, Mei Fun, or Lo Mein. Dinner Combinations are served with Egg Roll and Fried or Steamed Rice.

Hibachi Specialties are served with Miso Soup and Vegetable Fried Rice. Lunch Specials are available from 11:00 AM-3:00 PM, served with Fried or Steamed Rice, and a Choice of Soup (3) or Egg Roll.

When I was seated I was given a bowl of fried flat noodles to munch on and a container of an orange sauce. While looking over the menu I ordered hot tea. It was served in a metal teapot with a teabag soaking in hot water.

I made my selection from the Chef's Special section of the menu, ordering Four Season. This entrée had chicken, beef, shrimp, roast pork, and mixed vegetables with a white sauce.

The food was served with a small bowl of steamed rice, and came on a chilled platter with thin slices of cucumber as a garnish along the edges. The visual effect was nice, but the practical result was that the hot food cooled quickly.

I would have preferred no garnish and a heated platter, because I am a slow eater. The serving was quite ample and the food was good. I especially appreciated the fact that the tails had been removed from the shrimp.

When I paid the bill I noticed that I had not been charged extra for the tea. I believe that this place qualifies for my Keep List; however, the next time I eat there I may choose one of the Noodle Soup Specialties, or, if it's lunch time, I might order one of the Lunch Specials. Jin Zhou Garden opened on December 23, 2013, but escaped my notice until recently.