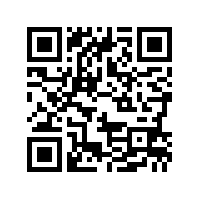 I had to wait 2 and a half hours for a salad that was incorrect to begin with. You think they would have given me my money back especially when I am a frequent customer. Italian Touch has lost my business. —

We called in to order ahead for pickup a ham and cheese calzone and an italian sub with oil and vinegar and no mayo. Arriving home the calzone was all cheese and no ham and the sub had gobs of mayo and no oil and vinegar. We called about the sub mistake and they said they would make another one. I drove the mile there and they handed me the sub with no apology or admittance of a problem. They said there you go. Got home and the sub had no condiment at all. No vinegar and oil. Bone dry. Called down and spoke with the manager. After much silence I said they lost a customer. More silence. More choices in this town after being treated like this. — bluezlover@comcast.net

I called to order a pasta dish and they told me that they turn the grill off at 9:45 but don't close until 12. I called at 9:43 and it was too late to get a pasta. The person that answered the phone was extremely rude and I ordered from this place weekly. I will never go back or recommend them again. — Anonymous Reviewer

Wow what a change, we decided to try this place out again after the beer festival this weekend downtown it had been awhile since we had been there. The whole place has been remodeled, our bartender was attentive and the food was great, they even have some great va beers on tap now. We asked about the change and apparently it still has the owner but is under new management and has a new staff and you can tell we will be coming back again now that this place is so nice. If you haven't been there in a a while you should check this place out again they have made a huge turn around. — Anonymous Reviewer

I love Italian touch pizza. I used to eat it every week. Unfortunately the staff does not want to do their job and definitely not with a smile. I had the worst service I have ever received at Italian touch and was followed out of the building by a staff member to complain about the tip she received after ignoring my table and chain smokin cigarettes outside. Not only have I received horrible service this night, but multiple times. I tell everyone I know not to eat there. Though a couple food items are good, the wait staff completely ruins the experience. — Anonymous Reviewer

The pizza is the best in Winchester by far but the jalapeño poppers were obviously frozen. They weren't spicy and had no real flavor on top of being cold. — Anonymous Reviewer

The restaurant has three rooms. The main dining area is in the center room, and has two booths along the front window. Five booths are along the left wall and tables for four are along the right wall.

The room on the right houses the lounge, which has its own entrance from the street. It has an L-shaped bar with perhaps ten stools, a couple of booths along one wall and tables seating six along the other wall. There's TV here, and sports memorabilia posted everywhere.

The room on the left as you enter was not being used at lunch time; it had the appearance of a banquet room. It was set up with tables along the outside wall, and also along the divider separating it from the center room.

We each ordered from the Entrees Menu. My daughter chose Spaghetti with Meat Sauce, and I had Egg Plant Parmigiana without Spaghetti. These orders included a generous tossed salad and homemade bread, but no seasoned olive oil accompanied the bread.

My daughter was pleased with her spaghetti, but ate only half of it and took the rest home. My egg plant was merely OK. Parmigiana should be layered with cheese and tomato sauce and then baked; but my serving apparently had been baked with cheese, and then the tomato sauce was poured on.

The waitress said that consideration is being given to an outside dining arrangement, possibly by demolishing the section of the building along the side street for a patio, or perhaps by providing a rooftop facility.

Several restaurants have previously operated at this location. It has been the Italian Touch for the past three years. Before that it was Donato's Italian Restaurant; when I dined there in 2005 it was the Roma Garden. In 1999 it was called Kirky's, which followed the Neighborhood Family Restaurant.

When my wife and I moved to Winchester in the summer of 1982 the place was called the Cannonball Restaurant. During the Civil War a cannonball passed completely through the wall of the house on this site, and a replica of a cannonball is attached to the side wall of the present building.

First visit tonight to Italian Touch. The sicilian meat lovers pizza was great but the restaurant was HOT. We we told by the waitress that the air conditioner was broken. It easily was 85 degrees inside. Please get this fixed before the dog days of summer and I promise a return visit. — Anonymous Reviewer

Best restaurant in Winchester! I eat here a couple times a week and have never had anything I didn't like. Best pizza in town, best wings in town, best place to watch football and they have a beautiful room to host a party or reception (I've been to 2 here). The chicken marsala is amazing! — Anonymous Reviewer

My family visits Italian Touch on a regular basis. Their food is very affordable and good. Our favorites are as follows: meatball sub, Steak and cheese sub, fries (big plate, enough to share), $9.99 2 topping pizza special (take your pick of toppings, you can't go wrong). We seem to have decent service most of the time. — Anonymous Reviewer

My fience and I tried Italian Touch for the first time tonight and it was amazing!!! We were going to order from Anthony's on Senseny Rd. but their prices have gone up and their quality of food and customer service has declined. But anyway my fience remembered that someone at his work told him about Italian Touch. They said it was the only place they would ever order pizza from. So we figured we would try it. We got 2 steak and cheese hoggies and a pepporoni and mushroom pizza. All I have to say is they blow Anthonys out of the water! The food quality was great everything tasted so good. My only complant is that the pizza was a little bit short on mushrooms. But beside that everything was great! We will definatly be ordering from them agian. — Anonymous Reviewer

We Love this place!! The people are nice. The food is great,we eat here a lot.They are very inexpensive.You have to try this place! — Anonymous Reviewer

Good food and reasonable prices, but wish they would bring back the "garlic knots"!! — Anonymous Reviewer