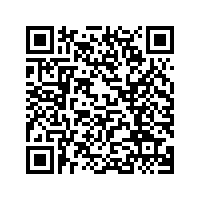 Have been hearing about Island Delights for the past couple of weeks and finally made it for a lunch time try. I ordered the jerked chicken with beans and rice and plantains. The jerked chicken was awesome . . . fell off the bone and enough hot pepper kick to make the forehead glisten a bit. The beans and rice was really good and helped to soak up the great sauce from the chicken. Finished this off with an order of plantains and they were fantastic. Not over cooked or mushy . . . great texture and sweet caramelized goodness. Will definitely be returning to the Island Delight for future meals. — Anonymous Reviewer

Just ordered from here. The quality and quantity are spot on. But be wary. They charged me for food I didn't order and that's not a way to get repeat customers. Make sure you get a bill or you might be getting screwed over. — Anonymous Reviewer

Won't deliver within the advertised 5 mile radius (was less than 3 miles away). Shame because the food looked good. Pitty they don't have the right entrepreneurial spirit... — Anonymous Reviewer

On July 5, 2013 I had lunch at the new location of Island Delights, a Caribbean Restaurant that had moved in early June to 805 North Loudoun Street, Suite 102, after being at 821 North Loudoun for several years. It's in a small strip shopping center just north of Jackson Street. A smoker was fired up out on the parking lot, and the cook told me that she was preparing Jerk Chicken.

The menu was actually the old one used at 821 North Loudoun. The waitress said that a new one was being printed that would show the correct address and incorporate additional items. I asked about the Jerk Chicken, and was told that it was somewhat spicy, but not extremely so.

I decided on a Jerk Chicken sandwich, with a bottle of Jamaican Cream Soda to quench the fire. The sandwich came on a large round roll sprinkled with sesame seeds. It was good, with a degree of spiciness near the upper limit of my tolerance, but not eye-watering.

The interior of the restaurant is brand spanking new. The blond hardwood floor, white ceiling tiles, and pastel green walls give the room a light and airy appearance. A table for four just inside the door on your right, with two booths further back.

The bar in the rear has high-rise chairs, but the shelves were not stocked because the liquor license is still pending. More seating was provided by five tables for four in center of the room, and a segregated area along the wall to your left has three tables for four.

I'm putting Island Delights on my keep list, and plan to bring friends and family here who are interested in ethnic eating. As far as I know, the Tropical Island Coffee Café on West Piccadilly is only other Caribbean restaurant in the immediate area. Both places feature a Jamaican cuisine.

I give this place 2 stars. yes the food is delicious but that's about it! The prices are always different (seems a little sketchy) the delivery wait is outrageous! (over an hour EVERY TIME!) and it's a tad bit overpriced!! — Anonymous Reviewer

This place is one of my favorites. I first had some of their food down at Apple Blossom at one of the stands, and their food is delicious. I stop in and get Jerk Chicken to go all the time, with cabbage and red beans and rice. they do deliver and you will not be disappointed. I have also tried the stew beef, curry chicken, and pepper steak, and I have to say that all of them have been good. I hope they can keep this place up and running in the old Jake and Charlies location, cause the food is great. The people their are really friendly, but they dont really have a whole lot of people working their, so if you stop in, give them a chance, you will not be disappointed in the food either their, to go, or delivered. — Anonymous Reviewer

We had not heard about this place but saw a coupon in the local Valpac. After reading some of the reviews here we decided to give it a try. Everyone was very friendly, a trait I suppose is common among Jamaican folks. The owner gave us a run down on the daily dishes as not all menu items are available daily. We couldn't decide so she brought us a few sample dishes of four five different items...jerk chicken, goat curry, chicken curry, ox tail, and rice. It was nearly a meal in itself. We decided to get the jerk chicken. The service was excellent and the food even better. I asked if the location provided good business as I felt something on the walking mall would be better. They are holding a Jamaican Festival on Aug 6 with three bands, food inside and out, etc. Hopefully more people will learn of this place at the festival. The food and friendly service deserve to be recognized as places like this will be around for a long time as long as people know about it. We have found a new favorite eatery in Winchester. Food like this is rare in the Valley. Go get yourself some. — Anonymous Reviewer

I just had lunch here with my mom and husband. The food was awesome. I had the curried chicken, mom had the peppered steak and my husband had the jerk chicken. They all came with red beans and rice and cabbage. The portions were very generous and the seasoning was perfect, not too hot and not overdone. They lady working was very friendly and promised us curried goat when we come back on Thursday. I can't wait! — Anonymous Reviewer

The food from here is AMAZING!!!!!!! But besides the food, some other areas NEED improvement. 1) EVERYTIME we order (from work, so it's usually about 5 of us), the prices for the items are ALWAYS different. 2) It typically takes well over an hour for the food to be delivered. 3) They are always out of something (festival, dumplings, chicken...) — Anonymous Reviewer

Just found this place, and the Jerk Chicken is AWESOME! Generous portions, fast service, perfectly seasoned, with rice and beans and veggies. Really comfortable, cool atmosphere... just across the the Handley Library. Next will try the coffee! — Anonymous Reviewer

Having lived in Jamaica for a couple years, I think that Island Delights is the real deal. The menu is simple yet GOOD and well priced and the service could not be any friendlier. When you leave you feel like family. Love the stewed chicken by the way. — Anonymous Reviewer