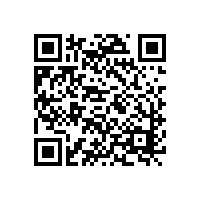 I order lunch delivered a lot and it's always been so good! One of my favs is the steamed dumplings...not today, they were nothing but dough! Really disappointed! — Anonymous Reviewer

We ordered food here last night the food was under-cooked. When we called the store to ask for a replacement the person said they give no refunds . . . — Anonymous Reviewer

Eastern's is by far one of the best Chinese places in Winchester. I came in one day and ordered the Chicken Lo Mein lunch special which came with fried rice and a spring roll. The Lo Mein was so on point. Other places make their Lo Mein either way to greasy or very bland. But Eastern's makes it to perfection. Their fried rice was really good too. All in all, their food was very good. Price is fairly cheap compared to other places (they have a 20% off special). — Anonymous Reviewer

The best Chinese food I've had in years!! Incredibly clean restaurant and everyone was so nice! The coconut shrimp was wonderful! — Anonymous Reviewer

On Sunday, February 14, 2016, my daughter and I had lunch at the Eastern Chinese Restaurant at 2160 South Pleasant Valley Road. It opened on January 28, and offers Hunan, Cantonese, and Szechuan Cuisine, along with Eat In and Takeout Service.

Delivery for a minimum of $10.00 will be available after a part-time delivery person is hired. The phone number is (540) 535-7396, and on-line orders can also be accepted at www.easternchinesecuisine.com.

A 20% discount is offered until the end of February as part of its Grand Opening. A Hot Buffet Bar offering over 15 items from 11:00 AM to 3:00 PM will be added for lunch sometime in April. Each item will be $1.00 per Scoop.

This location is in the Apple Blossom Corners Shopping Center. It is next door to Thai Winchester II, and near the now closed Radio Shack on South Pleasant Valley Road. The entrance has no vestibule and opens directly into the small dining area.

The side walls are imitation brick, and the interior is well lighted. The Unisex restroom in the back is accessed by a hallway on the right.

My daughter and I ordered hot tea. I was disappointed when we were served two foam cups of hot water with tea bags, instead of a teapot and china cups. The paper napkins provided were quite small, and not lap size.

We ordered the Shrimp Toast from the Appetizer menu. It came as four small pieces, with a bowl of red dipping sauce. We each ordered entrées from the Chef’s Specialties Menu. My daughter selected Coconut Shrimp.

My daughter was pleased with her serving of shrimp, but I considered the seasoning of my seafood dinner too bland. A small glass container on the table held an assortment of sauces in small, thin, plastic packages to be dispensed by tearing open one end.

I found this very troublesome, and spilled soy sauce over everything but the food the first time I tried it. I was more successful with the second package, but considered this a completely unsatisfactory arrangement.

The variety of items in the seafood dinner was otherwise acceptable, but I would have preferred that the platter had been warmed. As I had expected, I was able to eat only half of the food and asked for a box to take the remainder home. We also asked for a second box for both rice servings.

I am not yet ready to rate this eatery as a keeper; I’m down-rating it for the present because of the skimpy napkins, tea served in foam cups, and the unsatisfactory packaging of optional seasonings at the table.

Further, the lack of a vestibule at the door allowed a blast of cold air to enter every time it was opened and we both kept our outer wraps on during the whole meal. I’ll wait until April for my next visit, when weather won’t be a problem, and try out the dollar buffet.