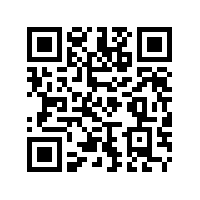 My husband and I ate at CTE last night. Quant, family atmosphere, sets the stage for the delicuous food to follow. We ordered a variety from the menu. Appetizer was Korean BBQ beef. To be bold and say YUM in caps is saying you must try, you wont be disappointed. Husband ordered drunken noodles and the homey taste of the noodles, well just two words, "On Point", flavored packed and made to spicey taste. Husband lives the spice, so would say on scale a 6 and he devoured the dish. I had the Korean Vermicelli with beef. Beef, carrots, celery, onion all balanced by with the flavorable sauce and sauteed technique of talented chef. The soup, Korean Somen, layers of flavors wow you with every spoon. Okay, my husband and I love sushi. To say we have ate at a variety of Restaurants from the surrounding DMV area is being modest. We love to contrast and compare. Before last night we would say Mr. Noodle down the road was the best around, But!!!!!! CTE your sushi chef "Take A Bow" sir you are good. My husband and I chastised ourselves for not eating here sooner. If you love Asian Food and Sushi get yourself down to CTE, what is it they say, "Small But Mighty". Mighty good, flavorful, tasty food is what you will find. We will be back again and again!!!! @CTE #goodfoodtoeat — Anonymous Reviewer

On Wednesday, March 23, 2016, I had lunch at the CTE Restaurant, 819 South Braddock Street. This small place at the corner of Handley Boulevard and Braddock has its own parking lot out front with four patron’s spaces, plus a space next to the building which the owner uses for his vehicle.

CTE opened on Monday, September 22, 2014 and I first visited it for dinner a few days later, giving it a review with only a three-star rating and a short life expectancy of six months. Today’s visit was to see if it deserved a new evaluation in recognition of its staying power.

A small patio with wooden flooring is along the front of the building, and has three iron table and chair sets seating two apiece. The entrance is at the left front of the building and opens into the smaller of its two rooms. The room’s corner location has windows on the front and left side. Seating here is with two half-booths and a table. A TV screen is here, and the single restroom is in the back.

The larger room on the right has the small open kitchen along the back wall and you may watch the chef; a counter for the cashier is in front of the kitchen. Two booths are here in the front, next to the window, and a booth and a half booth are next to the counter. Decorations include pictures of menu items, along with Oriental scenes.

I wanted only a light lunch, and ordered a bowl of Miso Soup (Tofu, Seaweed, Mushrooms, Green Onions, and Broth) and Tempura Shrimp (2) from the Appetizer Menu. I didn’t think to ask for tea, and just had water for my beverage. The soup was served in a medium-sized square bowl, quite hot, with cubes of tofu, etc. Although the shrimp were served as finger food on a square platter, with a small dish of sweet tempura sauce, I had to ask for a napkin.

CTE’s current seating arrangement with booths is far superior to the original awkward arrangement of cluttered tables I noted on my first visit. My new rating is four stars; I thought the server could have been more helpful.

I went there the day after Thanksgiving. We ordered a little sushi and some pho. It was the best pho I've eaten out of all of the restaurants in town. Lots of meat in it, including meatballs. The service is good and the owners are very nice. I look forward to going there again! Try this place, you won't regret it. It's a new restaurant that deserves a chance and I will be telling others how good it is! They serve many types of Asian cuisine! Go for it! — Anonymous Reviewer

I have been to this restaurant twice. Both times, I was pleased. I have had a couple different types of sushi and also, the coconut soup. Their pho is the best in town; so much more meat than the other places. And no gristle, either! They are also very nice people and very accommodating. Unlike other places in town, they serve their lunch menu on Saturdays as well as M-F. Thai, Vietnamese, Japanese, Korean and Chinese! Give it a try! You will not be sorry! — Anonymous Reviewer