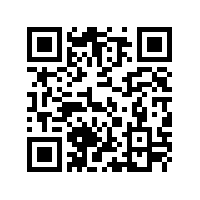 If you like soggy meatloaf and watered down mashed potatoes being passed off as homemade, this is your place. I've always had a good meal at Cracker Barrel, whether it's breakfast, lunch or dinner. But it will be awhile before I will be brave enough to go in there again. — Anonymous Reviewer

I was a little disappointed when I went there the other day. First off, was not given both a breakfast menu and a lunch/dinner menu. We were in breakfasts mode, as one of us had a medical procedure that morning. I went up and got our menus. We ordered. The waitress was very nice. But the food presentation was very disappointing. Cracker Barrel never disappoints, but it did the other day.

I ordered one of the platters that included eggs, choice of meat, hashbrown casserole (which I NEVER had ever ordered), and the biscuits. Well, my bacon was on a separate plate; my over-easy eggs were slammed into one corner of the late and the mini-slice of orange for garnished was just tossed on top of the eggs. I mean, really? Why does an orange slice have to sit on top of my eggs. It would have been better off without the slice of orange. Then, the hashbrown casserole was also on a separate plate and didn't look "casseroley" at all. It was just hashbrowns and not that brown, either. I remember going there and watching my friends get it, and it was in a little dish of some sort and looked kind of goopey and good. I never eat stuff like that but was going to have a treat that day. And none of my stuff was ordered a la carte. It was an all-inclusive platter.

Get it together, Cracker Barrel. Don't turn into IHOP -- the place that made me sick the first time I went.

A good old fashioned dining experience that makes you feel right at home. Theres nothing better than eating comfort food near a roaring fire, If you like such experiences you should try this place out, I guarantee you won't be disappointed. My favorite is the Chicken and Dumplings. — Anonymous Reviewer

Now that it's 100% non-smoking, great good food. I LOVE LOVE LOVE their corn bread muffins. Food is great when you just cannot decide. Nothing fails. The breakfast menu ismy favorite and it's available all day. Love the Cracker Barrel. — Anonymous Reviewer

Ate here last Sunday. The hostess was MIA and we had to wait to be seated (she seemed a bit overworked). They were somewhat busy and could not accommodate our family of 5 without cramming 2 smaller tables together in an odd fashion. Also, the waitress took our orders and then proceeded to take the orders from 2 other tables without taking our order to the kitchen to start. We are a family of 5 and are used to a wait for our food but not because the waitress does not get our order into the kitchen in a timely manner. The food was good, typical Cracker Barrel but my husband's steak fries were cold while they made a new batch for my son (not sure why they didn't just give everyone the fresh ones). We had not eaten in a Cracker Barrel in about 3 years due to the issues we used to find with smoking before the ban. I may have to try out the one in Front Royal that everyone is talking about. — Anonymous Reviewer

Cracker Barrel in Winchester seems to have slipped a bit. The service isn't as good as it used to be and the food is often tepid, at best. I often order a vegetable plate -- but I expect a PLATE -- not 4 little serving dishes with nothing to put them on! Sigh.... So I tell my server to bring me a PLATE along with my food. Should that be necessary????? — Anonymous Reviewer

The food quality and service are 10 times better at the new Cracker Barrel in Front Royal. Trust me, take a little drive and go there. The management at this one just seem to let it slip through the cracks! — Anonymous Reviewer

Cracker Barrels are good everywhere. This one is no different. Good food and good service. The breakfast and dinners are great. — Anonymous Reviewer

Yeah, yeah, I KNOW that Cracker Barrel is a 'chain' restaurant but that doesn't mean that it isn't a GOOD restaurant! The food is ALWAYS good and the service is ALWAYS friendly and I LOVE it when the fireplace is roaring on a cold evening!

Give our local Cracker Barrel a try -- even if you DON'T like chain restaurants!