Valid Mon - Thurs, dine in only. Minimum purchase $25. Can't be used with other coupons. May not be combined with restaurant gift certificate. 18% gratuity added prior to discount. 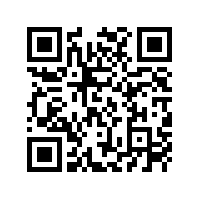 The phone number is (540) 450-8691. Carryout is available, along with delivery to Old Town Winchester. The Web site at http://www.chopstickcafe.biz/ includes menu links and an event schedule. Parking is on the street, but there are no meters in this block of Kent Street.

The restaurant occupies two connected buildings; one is a former two-story 1850 residence typical of Old Winchester with a new modern annex added to its south side. The older building has two metal sidewalk tables with chairs next to it. Each building has a door, but only the one on the new building is used as the entrance. There is no vestibule. A receptionist’s station is on your right as you enter, next to padded seats for people who wish to wait.

This room has a trapezoid shape; the back wall is angled and not parallel to the front of the building because of the railroad track immediately behind it. A bar along this wall has eight stools, and a Sushi chef was busy in the back. Seating in this room has a couple of high-rise round tables and chairs, with a long bench along the front wall facing tables with chairs. The wall on your left has glass bricks instead of a window, and a table for six is in front of it. A more formal dining area is in the original building, and is accessed from the entry area through a doorway. This room has a fireplace with a mantel holding Oriental decorations. There are two booths at the front windows, and two tables elsewhere. The restrooms are in the rear, and the Men’s Room has a baby-changing station. I was told that the stairway next to the far wall leads to additional dining and a party room on the second floor.

The menu has eight pages, if you include the front cover with its picture of the joined buildings. The categories are Side Soups, Appetizers, Salads, Burgers and Sandwiches, Curries; Entrée Soups, Noodles, and Rice; Chef’s Specials, Sushi Menu, Maki Sushi, and Fresh Rolls. Also, Combination Rolls, Crispy Rolls, Deluxe Platters, and Kids Menu.

The Curries and Chef’s Specials are served with white jasmine rice; brown rice is $1.00 extra. They both offer a choice of meats; chicken, pork (or substitute tofu); beef or shrimp are $2.00 extra. A separate menu offered later lists Desserts and Beverages.

Overall, the cuisine can be classed as Asian Fusion and includes Vietnamese, Thai, Japanese, Korean, and Chinese items. I should note that the restaurant’s Key Lime Pie specialty is still available, although it isn’t listed separately on the dessert menu.

Also, a Lunch Menu is available 11:00 AM-3:00 PM, Monday ’“ Friday. From the Appetizer menu we ordered Shrimp Toast, which was served with a cucumber sauce for dipping.

From the Chef’s Specials we each ordered the Fried Soft Shell Crab. It was served on a bed of spinach with a choice of sauce - Panang, Red or Green Curry, Thai Basil Sauce or Thai Chili Sauce; we chose Panang and requested omitting the spicy additive. An extra crab would have been $7.00 additional. The entrée was served on square white platters, and the optional brown rice was in large bowls. I ordered a pot of Hot Jasmine Tea, which came with two tea bags. It was merely warm, and not hot, so I ordered another pot, which was no warmer than the first. The soft shell crabs were very good, and served with assorted vegetables; the Panang sauce was based on coconut milk.

My daughter ordered Thai Egg Custard for dessert, which was served warm; I had a sample bite, which had a texture somewhat like a soft brownie.

I rate the Chop Stick Café as a keeper. The Chop Stick Café began operations at 202 East Piccadilly Street in January 2010, in the remodeled former premises of the Stonewall Tavern & Grill. That location will now become a EuroAsian grocery.

On Wednesday, March 24, 2010 I had lunch at a new restaurant in Winchester that had recently been reviewed in The Winchester Star as featuring Thai and other oriental dishes. The place is called the Chop Stick Café, and is located at 202 East Piccadilly Street.

For years the Stonewall Tavern & Grill had been at this address, but I never patronized it. It had appeared to be a beer joint with a rundown appearance that discouraged me from venturing inside. The Chopstick Café owner gutted the interior and started over, while keeping and refinishing the original bar.

It opened in January, and appears to be quite modern now with no vestiges of its previous unsavory reputation. The main menu's list of beverages included young coconut juice, something I had not seen before, along with plum wine and sake, and conventional beer and wine.

There were also burgers and sandwiches, noodle dishes, pasta, appetizers, a kid's menu, salads, and soups. A separate sushi menu listed a variety of choices, but I'm not familiar with or interested in this oriental specialty.

The owner told me that his wife and mother-in-law work in the kitchen, and are from Thailand. He is the baker, and his specialty is a key lime pie, which was on special that day. The menu listed Chinese, Japanese, and Korean dishes, as well as a few Thai items. I decided on the Thai beef stew noodle offering.

It came in a large bowl, and had a lot of long, thin, translucent noodles in a nicely seasoned broth. There were thin slices of beef, along with chunks of it. For a while I tried eating the noodles uncut by wrapping them around the ends of my chopsticks. Eventually, I tired of that and cut the noodles for eating with a fork.

For dessert I ordered a slice of the key lime pie. It came with a graham cracker crust, and I liked it. The food is good enough for return visits. I'll probably order one of the salads next time; I saw other people eating them, and they looked appetizing.