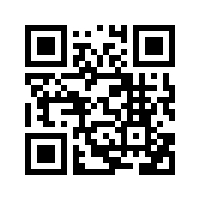 On September 15, 2008, I went to try out the food at the Chipotle Mexican Grill, a relatively new eating place at 2012 South Pleasant Valley Road. It's in the same shopping center as Martin's Food, right next to the highway.

Chipotle is a fast food Mexican operation, and I had never been in one before. It was a small place with four booths and four tables with stainless steel tops, and a narrow counter along the wall with high stools. There was also a patio with a few tables out front.

The menu is posted on the wall behind the counter in the back where you place your orders. The basic items are burritos, fajita burritos, burrito bowls (no tortilla), tacos, or salads. You can order them to go, or for eating there.

Any of the above may be had with chicken, steak, pork, spicy shredded beef, or vegetarian. There is a choice of salsas; one mild, two medium, and one hot. Extras are chips with or without salsa or guacamole, or guacamole. Beverages include sodas from a dispensing machine, and there are also bottled drinks, two kinds of beer, and even margaritas.

A guide for first-timers tells you to begin by deciding the style you want; e.g. burrito, bowl, soft tacos, crispy tacos, or salad. Next, you walk up to the counter and give your order to the first attendant.

I wanted a chicken burrito, so she selected a giant flour tortilla, put it in a warmer, and laid it on a square of foil. She topped it with rice, black beans, minced chicken, medium salsa, Swiss cheese, and sour cream. I found out later that their medium salsa is pretty hot by my Gringo standards.

The next attendant wrapped the tortilla around all of the toppings, making it a sandwich, also wrapped the finished item with the foil, placed it in a basket and passed it along to the cashier. I ordered a Mr. Pibb soda to go with it, and sat down at one of the tables to eat.

The paper napkins had a diagram of how the burrito should be eaten; you unwrap the foil at one end and just keep nibbling at it until it is all gone. Actually, it was quite a bit of food, and I didn't eat the very last part. If I go there again I would probably have my burrito makings in a bowl, without a tortilla, as being less messy to eat.

The experience was educational, because I had never tried a Mexican fast food place before. However, I prefer to have my burritos served to me on a platter too hot to touch, steaming from the oven, with refried beans, and all of the other good stuff, at a sit-down restaurant.

If you're curious about this operation, go to www.chipotle.com/fwi and click on the links offered to learn more about it. They make some claims about how the food they use is raised that you may find interesting.

Been there twice, I got different items both times but they pretty much tasted exactly the same. It's just more processed sameness meant to feed the sheeple, oh and the prices are very high for what you get as well. I could go the rest of my life wothout Chipotle's and never ever miss a thing, will not waste my $$$ again. — Anonymous Reviewer

Skeptical due to some friends mixed reviews I decided to try this place out; and I'm glad I did. I've always been a fan of the go big or go home as far as good eats, and these burritos are hard to beat. The only downfall in my opinion is the prices, They seem rather steep even for a large item. However is it worth it? Most definitely. I expect to come back here many times to savor my palate. — Anonymous Reviewer

I love Chipotle. Just not the one here. They make burritos almost bite sized here. I have been to other Chipotles out of town and they're almost double the size of the ones here. Workers are quite rude too. They get mad if they didn't hear you correctly and messed up and had to re make your burrito. They will tell you it's your fault for not speaking up when it's so loud in there to begin with. — Anonymous Reviewer

The food is ok. You probably get what you expect from a place like this. The service is usually horrible. it's loud in the place, and they can never hear your order correctly. if you have a loud booming voice this may not be a problem for you. Its basic fast food, if you're in the mood for it then enjoy. Otherwise there are better options close by. — Anonymous Reviewer

I just moved here from NOVA and I'm so glad there is a Chipotle here! Love it! Try the salad — Anonymous Reviewer

Food is consistant in taste however depending upon who is assembling the food that day depends if you are going to get a HUGE burrito or a very small one. I hate not knowing what I'm going to get. — Anonymous Reviewer

Awesome food. However, everything seems to turn out spicy no matter what level of heat you choose. Just be aware of that. So long as you like some heat, like I do, then its REALLY GOOD. — Anonymous Reviewer

Not bad. Their food always seems to be full of flavor, but I think the portions are a little smaller than what they should be for the price. Definitely a step-up from a Taco Bell, but if a Moe's ever comes to this town like it was supposed to, I would go there over Chipotle. — Anonymous Reviewer

A really good option to Taco Bell (albiet sans the drive thru). My wife loves the place, so we eat there often. — Anonymous Reviewer