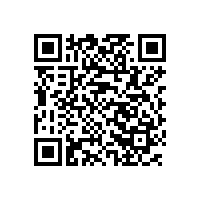 We ordered 2 dinner platters and some crab rangoons for delivery . . . it came hot, fresh and on time . . . we will definitely order again. — Anonymous Reviewer

Ate here on Thursday, March 13th. They only have sodas in cans - no cups or ice. Didn't want that, ordered iced tea, nope they didn't have that either. Went with the hot tea and that was fine. Ask waitress for a glass of ice water - she directed me up front to where a jug of water stood with tiny little foam cups. Besides the drinks, the food was fair. I got the Curry Beef - that was NOT spicy at all and was cold. My friend got the Happy Family - it was good and well seasoned. We were the only people eating in, but they appeared to be making a lot of deliveries and had a few walk in/take out orders. Not sure if I'd eat here again. — Anonymous Reviewer

On Monday, August 5, 2013 I had lunch at China House II, at 2584 Valley Avenue. This is in the Southpark Shopping Center, at Valley and Tevis Street, where the anchor store is Food Lion. It's in a single module at the far end of the building housing the Food Lion and several other businesses.

Entry was through a door in the center, into an enclosed vestibule with an inner door on its right side. A large lighted aquarium with goldfish was inside, against the back wall of the vestibule.

There were no other patrons when I entered. A Caucasian man and a Chinese woman were behind the counter, discussing something. Occasionally a Chinese man came out of the kitchen to join them, and several phone calls were answered. I was ignored and spent the time studying the menu.

Finally, after more than five minutes, I was recognized by the woman. She took my order from the Lunch Special list for Chicken with Cashew Nuts, and a cup of tea. The latter was a plastic foam cup of hot water with a tea bag.

I found that off-putting; a real Chinese restaurant would serve a pot of tea already brewed, and give you a choice of several varieties. While my order was being prepared I was served a platter of fried wonton noodles, with a small dish of orange sauce for dipping. It kept me busy while I was waiting.

Before long I was presented with an oval china platter piled high with food. About half of the serving was vegetable fried rice, with bean sprouts. The rest was a mixture of chunks of stir-fried chicken and chopped vegetables. These included baby corn, celery, and carrots, along with whole cashews and a few peanuts. A deep-fried egg roll was on the side of the platter. All in all, it was lot of food for the money.

China House II opens at 11:00 AM Monday through Saturday, and at 12:00 PM on Sunday. In addition to dining in and take out service, it advertises free delivery with a minimum order of $10.00. No other patrons came in during my stay, not even for take out. I rate the place as merely OK, and am not likely to be back. It's no better and no worse that the typical shopping center Chinese restaurant.