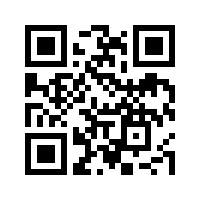 On Sunday, January 8, 2017, my daughter and I had lunch at Chili’s Grill & Bar, 200 Featherbed Lane, just off South Pleasant Valley Road in Winchester, Virginia. The parking lot has handicapped spaces.

The entrance is at the building’s left corner and has a vestibule. The floor has a dark color, and the open ceiling is also dark, with exposed ductwork.

Seating is by booths in the center area, with tables next to the windows along three sides. Lighting is by recessed lights in the ceiling over the booths, and hanging lamps along the tables on the sides.

Two TV screens are in the dining area, which has background music that is somewhat intrusive, and the overall noise level is noticeable due to the lack of an acoustic tile ceiling.

A large bar section on your left has a U-shaped bar, with additional booths and some high-rise tables for seating. It has eight TV screens. Decorations have Southwestern US themes.

There were two menus; a large laminated, double-sided folded single sheet wrapped around a detailed Winter menu. The first menu’s categories included Smokehouse Combos on the front; inside were more Smokehouse Combos, an Ultimate Smokehouse Combo, and Sides. On the back were Margaritas and Bacardis, along with Salted Molten Caramel Desserts.

My daughter ordered a Classic Bacon Burger with Cheddar, Bacon, Pickles, Lettuce, Tomato, Red Onion and Chili’s Signature Sauce. I had a Half Rack of Baby Back Ribs with the House BBQ Sauce, served with French Fries. It was good, but I had to take half of the ribs home because of the size of the serving.

When I first dined at this establishment in March of 2000 it was called Chili’s Southwest Grill & Bar. The fact that it is still in business after 16 years indicates that it must be doing something right, and I rate it as a keeper.

Changes besides shortening the name include some remodeling of the interior, banning smoking in the bar area to conform to current laws, and in the menu, including eliminating pita sandwiches, which had included one with buffalo meat.

One feature that has been added to Chili’s tables in recent years is a Ziosk video tablet that allows customers to order drink refills and desserts as well as play interactive games. They work only inside the restaurant, and we didn’t try ours.

We've eaten many times at Chilis here in Winchester. Over the years service has varied, but recently there has been a huge improvement. There must have been a management change. The food is great and the prices are fair considering the prices at other establishments are comparable. — laurenbien

This place used to be good but now it stinks on ice. No hostess we had to seat ourselfs,our waiter had a 5 min. convo with the only other person in the store he finally came over took our order and got that wrong and forgot my wife's salad . We ain't going back. — BIGJOE