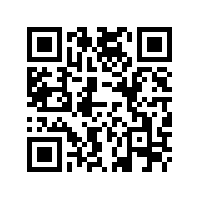 This place was recommended by our hotel. We tried it. So glad we did it was great! I had a steak sandwich and my husband had wings both delicious. Our waitress was so nice. — Anonymous Reviewer

The BEST place in Winchester awesome food cold beer great staff the only place we eat out at!!!! — Anonymous Reviewer

Ate dinner last night. I had a very good hot roast beef sandwich with fries. The gravy on it was much better than other restaurants. My Dad had a side salad that was large and very good. We shared a chocolate sundae that was huge. Our waitress was very kind and attentive. She even put 2 cherries on the sundae. I’ll definitely be going back here again soon. — Anonymous Reviewer

In recent months, I have been to Backseat for both Lunch and Dinner. The food that I had eaten was prepared the way I had asked it to be, (I'm a picky eater). The food was excellent in every way. The server was attentive and periodically checked on me while I spent my time eating. The atmosphere of the restaurant was also pleasant. Pricing is comparable to other restaurants in the area but I believe the quality of the food and the relationship between server/restaurant attendee place this restaurant high on the list for anyone looking for a meal that they don't have to prepare themselves. — Anonymous Reviewer

The food is always great and the service is the same. — Anonymous Reviewer

On Sunday, June 19, 2016, Father's Day, my daughter and I had lunch at the Backseat Bar & Grill, 104 Full House Drive, off Route 11, Martinsburg Pike, about a mile north of Winchester, Virginia.

This is a large place in a strip mall, with separate entrances for the bar and grill. A retro Bob’s Big Boy statue holding up a hamburger is outside the bar entrance. A large concrete patio out front between the two doors has a black iron fence and seven black iron tables with umbrellas.

We entered via the restaurant door, which had no vestibule. A small bar is to the right with eight stools. The seating area is broken up by waist-high dividers, next to booths, which are also along the front and left side wall.

The floor is tiled with a red and white checkerboard pattern; the ceiling has light acoustic tile. I noticed an ATM hanging on the back wall, along with a single TV screen.

We peeked into the adjoining main bar area through a wide door toward the back. Its large bar is U-shaped, with high-rise seating all around and along the front windows. Its outside entrance also has no vestibule.

A small stage to the right of the entrance is used for occasional music programs. There were several TV screens in this room, along with a wall-mounted juke box and several video games.

The menu is a double-sided 8.5 x 14-inch laminated sheet. Categories on one side are Appetizers (including Shareable), Soup and Salads, and Sides; on the flip side are Sandwiches and Wraps, and Backseat Bowls.

Also, Drive-In Specials, Kids Meals, and Refreshments. One of the appetizers was a bit unusual, “Fried Pickle Spears, Breaded, Deep Fried, and served with Ranch Dressing”. There are also Daily Specials.

My daughter ordered the Steak and Cheese Sub, “Juicy Chopped Season Steak on a Toasted Philly Sub Roll, Smothered with Melted Provolone Cheese and Grilled Onions, Topped Off with Lettuce, Tomato, and Mayo”.

My choice was a Beefy Bowl, “Juicy Roast Beef, Sautéed Mushrooms and Onion Served Over Creamy Mashed Potatoes and Topped With Beef Gravy”. Our food was served on large oval platters that had been warmed, a nice touch. I rate the place as a keeper.

When I first visited the Backseat after it opened early in 2005, it was only a single room, which is now the restaurant section. Later, it took over the space next to it at 102 Full House Drive, previously occupied by a tanning salon, and remodeled it into the present large bar room.

Full House Drive gets its name because the site was once the location of the Winchester Drive-In Theater, which closed in 1986. In its final years it showed pornographic films.

Rarely do we get up and walk out of an eatery we have enjoyed for so many years, but we did this morning. They had advertised a Saturday breakfast buffet. The parking lot had a lot of cars, they place was full. Promising. We were seated, brought drinks and menus by the hostess, and we asked her about the buffet, as we didn't see one. The hostess knew nothing about it, I'll send your waitress over. A waitress breezed by, quickly listed the very few things that were on the buffet, and kept going. Twenty to thirty minutes went by, other people were waiting on their food, their bills and to-go boxes. We saw waitresses back and forth at the back of the restaurant but no one waiting tables. After the majority of the customers finished, got up and left, we still did not have our order taken, and by then our drinks were gone. We couldn't even get a bill for the drinks! We left some money on the table, got up and left, and no one said a word. Very disappointing. It will be a long time before we return, or refer people over there. — Anonymous Reviewer

After sitting for nearly half an hour, we finally were able to place our order with our waitress. She was disorganized, unfriendly, and after the hour of sitting with young children we finally asked about our food. She said they were "super duper busy" and she would check on our food. No apology, no care... So we contacted the manager. She was slightly better and checked on our food but we were ready to go. She offered to box it up and did so, but then the fail happened again 80 percent of our order was made incorrectly.... Anyhow won't be back hope your experience is better than this one... — Anonymous Reviewer

I like going here. I enjoy the Club Sandwich with the home made potato chips. Be careful getting the Club Sandwich with French fries. It's tough to move around after consuming that much food. The Cheese Steaks are generous, and the Chef Salad is very filling. I don't mind spending money here. Only draw back? Don't be in a rush because the service is slow. But the food makes up for it. — Anonymous Reviewer

Bland, boring and predictable. Pedestrian at best, dated, dreary, and over all without redeeming quality... Service, was friendly enough "hun" Seemed clean, but bathrooms were awful... Floors in need of mopping. — Anonymous Reviewer

My wife and I recently discovered this place (we just moved to Winchester in December. All I can say is EXCELLENT!!! Great food, and great service. From Burgers to Nachos, to Club Sandwiches, its all very well prepared, and delicious Diner food. We cannot say enough good things about this place. — Anonymous Reviewer

My last few visits to Backseat Bat and Grill did not make a good impression because service was so slow it really took away from the food. Last Tuesday, I returned for what I considered was one last chance for this establishment to redeem itself. The good news is that we were seated quickly and our waitress was very friendly. Service with a smile is always nice!

Unlike previous visits, this time our food came out quickly and the roast beef and swiss sandwich (with onion rings) was very good. My wife had the soup of the day (minestrone) and had to send it back because it had too much of a tomato taste. She ended up with the chicken noodle and that also wasn't very good - too salty. The kids loved their corn dogs and hamburger, which was very large for kids meal. We did have to ask for refills, which is a big no no in my book.

I was happy with my food and surprised about how quickly we were served. Had our drinks been refilled without asking, I would have given this 4 stars. The good news is that Backseat is now back on my radar.

I have been back to Backseat Bar and Grill several times since my first review of the place in July. The food has been excellent each time. We order the nachos everytime we go as an appetizer because they are just fantastic. The wings are great. Every sandwich I have had has been excellent as well, my favorite is the open faced roast beef sandwich with the mashed potatoes and gravy. The staff has recognized us a regulars now and are always very friendly. Bottom line is this place has great food. Definitely would recommend to anyone. — Anonymous Reviewer

Me and my girlfriend ate here for the first time a few days ago. The food was very good. We ordered nachos for an appetizer and there were very tasty and the portion was huge. I got the hot roast beef and swiss sandwich and it was very good. I would definitely order it again. My girlfriend got the mushroom and swiss burger and she liked it as well. The service was very prompt and our waitress was friendly. We will be going back again soon to try something else. — Anonymous Reviewer

Could have been good, but they managed to excel at only mediocrity. EXTREMELY SLOW. 30 minutes for an appetizer, followed by an hour for the meal that consisted of burgers and chicken tenders. The entire meal could have been presented in 30 to 40 minutes. The service was friendly, but uninspired and shy. Failure to keep checking on the table to refill drinks or inform us of delays made a mediocre experience a poor one. The only reason that I gave 2 instead of 1 is that the food was good and a reasonable price. Do not go to this restaraunt unless you have several hours to waste. — Anonymous Reviewer

I love this place. My husband and I eat here all the time. The prices are great and I haven't had anything I didn't like. The wait staff will remember you if you go a couple of times. They are really nice. You have to try their breakfast. — Anonymous Reviewer

Was very disappointed in our food. 1st time there and doubt will ever go back. The cheeseburger was suppose to be medium rare and it was so dry couldn't eat it. Medium rare if you don't know has pink. The only thing that came close to being pink was the ketchup. Server was very nice. Waited a very long time to get our food. — Anonymous Reviewer