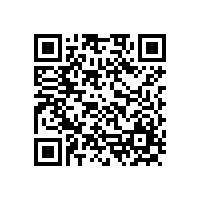 Best sushi in town! Love the owners some of the nicest people out there. Truly a must eat when visiting Winchester VA!! — Anonymous Reviewer

Fantastic, family owned. Sushi is always fresh and delicious. Not sure about the 2013 reviews. We have been coming here for four years and loved it each and every time — Anonymous Reviewer

Myself and family visited Awabi. Service was slow, and they didn't even bring water with drinks until we asked for it later in the meal. Edamame had gone bad. I ordered a chardonnay wine, but it didn't taste anything like Chardonnay, I think maybe the server got confused. Turns out the sushi menu they have there is totally different from the one on the website--had a few from online I wanted to try that they don't actually do. We sat close to their sound system, which meant we had to sit through annoying pop music the entire meal, which did not go with the restaurants atmosphere at all. Food was dry, and ingredients didn't seem fresh. Not worth the money, won't eat there ever again. — Anonymous Reviewer

The Bento boxes are pretty decent but their sushi is overpriced and very bland. Overall I would say Awabi is Ok at best . . . not terrible but not anywhere near great either. — Anonymous Reviewer

On Wednesday, September 7, 2010, I spotted an "OPEN" sign at 111 South Loudoun Street, the location of the Awabi Sushi Bar, a new Japanese Restaurant. Now, although I like Oriental food, I am not fond of Sushi. However, after studying the menu posted on the window, I saw that regular entrees were also available, and decided to try the place for lunch.

There were no other patrons. I was greeted by the single waitress present, who appeared to be Japanese, and had a seat. The lunch menu is served from 11:30 AM to 3:00 PM. I paid no attention to the numerous sushi offerings, but looked at the items I could understand.

Under the heading of tempura, assorted, vegetable, or shrimp were listed. For teriyaki, chicken, beef, or salmon were the choices. I decided on the teriyaki chicken and ordered it. I was first served a lettuce salad with a peanut butter dressing.

The main dish was served on a square platter. It held a generous amount of stir-fried chunks of chicken in teriyaki sauce, sprinkled with sesame seeds. There was a rice ball, two pieces of broccoli, and a couple of carrot chips. The chicken was good, but the amount took me quite a while to eat all of it.

The dinner menu is available from 3:00 PM to 10:00 PM, Monday-Friday, 2:00 PM to 10:00 PM on Saturday, and 2:00 PM to 9:00 PM on Sunday. It is more elaborate than the lunch menu. For menus and the sushi list, go to www.awabisushi.com. The premises had obviously been remodeled for Awabi, and had a look of newness for everything. It had a high-rise table in each front window, with bar stools for seating.

The sushi bar was along the left wall, also with bar stools. Conventional seating was at four rectangular tables seating four. The floor was a light variety of hardwood; the walls had tongue and groove wainscoting, and the rest of the walls and the ceiling were white. With the plate glass windows facing east, the place had an airy and light appearance.

To the best of my knowledge, Awabi is the first Japanese restaurant in Old Town Winchester. The waitress told me that they had been open for about two months. After I had been there for a while, another patron sat at a table behind mine. Later, two people came in for sushi. Still later, a young couple came in and sat at one of the high-rise tables.

Do not get take out from Awabi. We paid $42 for 3 bento roll boxes and a seaweed salad. The contents of the boxes was different than we get when we dine in house (which we do every Friday...at least until now). I called to ask why there was no tempura in our boxes and I got some explanation about it being a "lunch" box. Funny, pretty sure we paid the same price as the "dinner" boxes. Ok..maybe I could buy that, but the disgusting broccoli that had been cooked until it was brown and mushy gave me pause. Then my son and my husband both had to spit out the tuna roll they attempted to eat because it was so gross. I stuck with the cali and cucumber roll and threw the rest out. We have eaten here in house every Friday for months and it has been fabulous. I will never order take-out again. In fact, I'm not sure we're going back. — Anonymous Reviewer

A 22-ounce bottle of Echico Stout is advertised on the menu for $8.95. When brought, the bottle was 11.15 ounces. When I asked the waiter about the discrepancy, he asked the owner and returned with a message from the owner that Echico Stout only comes in the one size and it is $8.95. No apology from the owner for the misleading advertising. No offer to correct the obvious problem. I live in Winchester and have been to Awabi with my family many times in the past. We won't go back. — Anonymous Reviewer

I went there the other day for lunch and the servicece was horrible, I'll never come back to this place again. I would come a lot on my breaks from college and I think it has went downhill in the past year — Anonymous Reviewer

Had dinner for the 1st time here this evening. We enjoyed it very much. We are a little familiar with some of the menu items, but had some questions for the waitress. She was VERY helpful with our foods and drinks selections. We had the box dinners, along with an extra roll, and everything was great tasting. — Anonymous Reviewer

I can not understand how this restaurant has received so many positive reviews, especially relating to their sushi. On my last visit to Awabi I watch the sushi chef remove EVERY single item I ordered from a freezer sitting in the dining room and proceed to defrost it right in front of me. Judging by the flavor of the fish I received I can only guess that there is some pretty nasty stuff in the freezer because in addition to a freezer burnt taste there was also a multitude of other flavors that had been absorbed by the fish. While disturbing the frozen fish really shouldn't have come as a surprise to me since there have been no more than 5 customers in the restaurant at any given time I've been there. How else would you prevent the fish from going bad with that volume? I gave Awabi 2 stars because while I find what they are doing with fish deplorable they do make a very nice udon and the staff is fairly friendly. — Anonymous Reviewer

Went there yesterday at 3:15. They were closed for a break, but the sushi chef came outside and told us to come in anyway. He waited on us and made the food. Everything here is amazing!! — Anonymous Reviewer