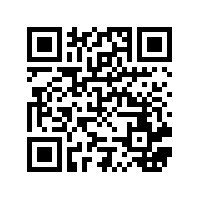 The food is great and reasonably priced. Some new menu items have been added, and I tried one, the chicken wrap, today. It was huge and delicious. The service is warm and friendly and that, in itself, would be enough to bring me back; but the food is outstanding as well. — Anonymous Reviewer

Food was fantastic! I got the mixed bowl with chicken. Another family member got the 1/4 chicken with corn salsa, beans, and rice. Someone else got the chicken tacos. Everyone loved their meal and was very full! I would not recommend the cookies. They need to work on those but the Peruvian chicken and sides were great!!! The prices were reasonable, staff was super friendly, and ingredients were fresh. Definitely will be back. — Anonymous Reviewer

On June 28, 2013 I had lunch at the Aroma Deli and Coffee Bar at 201 East Boscawen Street. This place is near Winchester's downtown business section and is primarily a carryout operation. It is the latest of such services to use this one-time residence and opened about five weeks ago. Some of its predecessors were Pickles Deli, Downtown Deli, Home Town Deli, and Home Town Buffet.

Aroma Deli serves breakfast and lunch six days a week, closing at 5:00 PM. It is not open on Sunday. The menu lists Breakfast, Deli Favorites, Charcoal Broiled Peruvian Style Chicken, Sides, Salads, Soups, and Drinks and Desserts. I ordered a Rotisserie Chicken Salad. It had white chicken strips, bacon bits, tomato, onions, hard-boiled egg, and green peppers, on a bed of mixed romaine and iceberg lettuce. The ranch dressing was served in a small paper cup.

Seating inside is afforded by nine high-rise chairs at an L-shaped counter along the front and side walls. There is also outside seating at two small metal tables on the porch and a new wooden picnic bench with an umbrella on the paved patio at sidewalk level. The location is on the block next to The Winchester Star.

I would rate the Aroma as OK if you're in the downtown area and don't want to take the time for lunch at a more formal restaurant. My visit was primarily to find out what it was like, and I may not go back until this location is occupied by another deli start-up.

I've been there five times since it opened and I have never been disappointed. The tacos and mixed bowls I tried are outsanding and a great value considering the quantity and quality of the food. So glad to have them nearby downtown! — Anonymous Reviewer