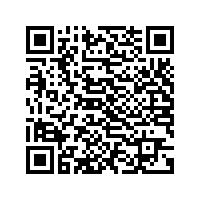 I have eaten this pizza so many times when I was younger, and compared to other pizzas, it is great. I would recommend this place to others and I may be biased here, but it is one of the best pizzerias in Winchester. — Anonymous Reviewer

My go to for carry out. Why? I live 7 mins away from Anthony's Pizza II. The staff is super friendly and they have a good special on Tuesdays. I always order the Philly cheese steak pizza. Food is always fresh when I order. Support local. — Anonymous Reviewer

We tried to call in an order for their sub combo for lunch and we were informed that you now have to pick this combo up or come in and order this to dine in. We like Anthony's sub combo for lunch and we are disappointed that we have to take our lunch business else where so we can have it delivered. Sometimes you just can not get out of the office and it use to be nice to have Anthony's deliver this combo, we can hope they reconsider this option, we have found another place that will deliver a sub combo, so for now, bye Anthony's. — Anonymous Reviewer

On Wednesday, January 22, 2015, I had lunch at Anthony's Pizza II at 1855 Senseny Road in the Country Park Plaza strip center about three miles east of Winchester.

Anthony's is the closest eatery to where I live; in fact, it is the only one I can drive to without encountering a traffic light. It occupies two modules at the west end of the building, and has two entrances without a vestibule.

Two rows of tables in the center of the room provide additional seating. The kitchen is in the rear of the room on the right. A hallway on the left has a refrigerated case of bottle drinks facing the dining area; beyond that is a dispenser for fountain drinks and a coffee facility. The restrooms are further back.

The floor has 12-inch light-colored tiles, and the ceiling is stippled acoustic tile, also light-colored. This gives the dining space a light and airy ambience.

The right wall is decorated with a series of collages, which may have been sports scenes; I didn't look at them close up. The right and left corners of the front of the room have video screens, and there's another screen on the back wall behind the counter.

I ordered from the Chicken Subs Menu, selecting a 6-inch Chicken Fajita Parmigiana sub on an Italian roll with chicken, onions, green peppers, banana peppers, jalapeño peppers, seasonings, marinara sauce, tomatoes, and mozzarella cheese. I asked that it be toasted, and had a Mr. Pibb for my beverage.

The server misunderstood my order and gave me a 12-inch sub. When I mentioned the error, she charged me for the smaller size and gave me a go-box to take half of it home. The sub was very good, and the jalapeños gave it just the right amount of spiciness.

Only one other patron was dining in during my visit; however, at least half a dozen people came by for carry-out while I was there, and it appeared that several deliveries were made.

I had been ignoring Anthony's for years, because when it opened a long time ago it was a single module space primarily serving pizza. It now appears to be a full-fledged Italian restaurant, and I'll put it on my keeper list.